Unhealthy Ambition and the Crisis in the Church 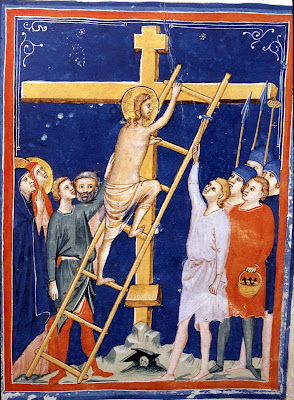 The current crisis confronting the Church has had no shortage of proposals for reform. Most proposals are administrative in nature, revolving around committees, rules, and meetings. Approaches such as these can be beneficial, but they are not sufficient. One proposal that I would make sounds like another administrative one, but it is more than that. It is a theological reform. It is a very simple proposal: Stop moving bishops from one diocese to the next.

So often ecclesiastical gossip revolves around which bishop is rumored for a bigger diocese. Smaller dioceses must often feel as though they are mere stepping stones for bishops on their way up the ecclesiastical ladder. A bishop, however, is supposed to be married to his diocese. He is not supposed to be looking for a better wife somewhere else. Unfortunately, at least in the United States, bishops are often on the move. When the possibility of a "bigger and better" job looms large it can (if one is given over to unhealthy ambition) lead to a neglect of proper pastoral care, and unfortunately, to worse.

Unhealthy ambition, for instance, could prevent a bishop from taking a controversial stand, preaching the full gospel, or from making radical and necessary reforms in his diocese. Out of fear of drawing negative press, a bishop might choose silence as the best way of advancing upwards. Fear of getting a bad reputation could prevent a bishop from fraternally correcting a brother bishop. If he's looking to get a "better" diocese, he would be hesitant to rock the boat. Bishops who are looking to advance would likely be on the speaking circuit and constantly traveling outside of their dioceses. The ambitious man might become very skilled at pleasing those who can advance his cause, but less skilled at advancing the cause of the Kingdom. He can seek to serve those who are influential in affecting promotions at the cost of serving the flock.

Let the man who becomes a bishop know that he will be spending the rest of his life serving this one particular flock. Let him invest all of his talent, energy, and--most importantly--pastoral charity to the care of this particular diocese. Let his total care be about this diocese, not the next one, nor the one after that. Let it be a true marriage, in good times and in bad, for richer or for poorer, in sickness and in health, until death do you part. This is what the Church intends for bishops and their dioceses. Why not make it an actual lived reality?

Of course, such a proposal is not a solution without danger. It's possible that a diocese could be stuck with a bad or ineffective bishop. Solutions, however, can be found for that problem, but it would be far more difficult to find a solution for the ambitious bishop. If he's always got his eye on the next rung on the ladder, then his foot is busy crushing the rung of his own diocese. Obviously not all bishops are unhealthily ambitious, but the system of "promotion" to bigger dioceses and archdioceses does run the risk of rewarding those who are. It runs the risk of weakening dioceses by promoting those who focus less on pastoral care and more upon networking with those who can help their careers.

Might there be times when a bishop needs to move from one diocese to another? Sure, but those should be exceedingly rare. By eliminating the presumption of promotion, the fraternity of priests with the bishop would be strengthened, the trust in the bishop would be increased, and the bishop himself would be totally free to act according to his best pastoral judgment rather than worrying about losing his chance for a promotion.