In the Midst of Darkness: Beauty and Goodness 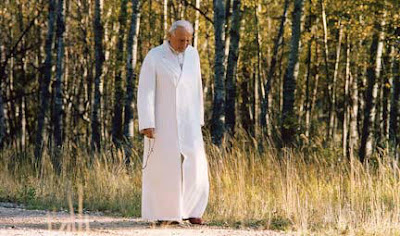 I live a life of privilege. I don't mean wealth, power, influence, or prestige. I mean that I live a life that is privileged by being close to sacred realities. Whether it be at the altar, in the confessional, or by the deathbed, I am privileged to stand in proximity to the most important realities that exist. Praying with the dying, hearing a last confession or hearing the confession of someone who has long been away from the Church, offering the Holy Mass, or walking with a couple as they prepare for marriage, these are all privileged moments.

I find it hard to believe that I've begun my sixth year as chaplain at the BU Catholic Center. Being around college kids who are living their faith has been a tremendous grace and privilege for me. I've been continuously moved by their devotion, piety, charity, faith, intellectual rigor, simplicity, and their capacity to share the gospel with others. I've also been very moved by the ease with which they have built up a friendship among one another, friendships that continue after college and that are designed to help them each continue growing in Christ. I have also been privileged to hear many of them give witness talks and share their faith with others.

One of the privileges of working with college students is that there is an easiness about them. They are comfortable and relaxed around a priest. The pastoral relationship is built up rather easily and without much complication or effort. That's been my experience anyways. A good number of the students from the Catholic Center stay around Boston after they graduate. Many of them live together and strive for holiness together. It also means that I get to meet up with some of them regularly.

One of the recent grads, a young man named Connor, posted on Facebook today that he's been struggling for about a year with depression. He decided to write a song about it. As I listened to him singing, I said out loud, "I am so grateful to be a priest."  It kind of came out spontaneously. What I meant by that is that I am grateful because I get to see such beautiful things and meet such extraordinary people. Connor said in his post that he wrote the song and hopes that maybe it might help somebody else. I know that he meant that he hoped it would help somebody who also might be suffering from depression, but it helped me too. It helped me because I need to see beautiful things and I constantly need to see goodness. Connor's song--even though it arises out of a great struggle--is a testimony to the Church. Connor loves the Church and helps build up the Body of Christ. He has a strong love for St. John Paul II. The two of them are good friends.

I include a link to Connor's song here. Click Here

There's so much scandal and controversy in the life of the Church these days. Connor's voice, for me, broke through all of it and reminded me (and I hope, you) that this is the Catholic Church. This is what saves me.