The Beautiful Wounds of Priesthood

A few weeks ago I received a note from a young woman. It began, "Thank you to everyone at the Catholic Center who helped me grow in my Faith." I've never met this woman because I arrived several years after she graduated. Also contained in this note was an announcement of her taking simple vows as a Little Sister of the Poor. In the past fourteen years or so, approximately seven women and one man connected to the Boston University Catholic Center have entered religious life. They represent four religious orders. During that same period, two men from the BU Catholic Center have been ordained diocesan priests and six others are currently in various stages of seminary formation. In fact, the entering class at St. John's Seminary this year will have three recent graduates from the BU Catholic Center.

That's a lot of vocations! It is not only a source of joy and pride to me and--more importantly--to my predecessors (who did all of the work in cultivating these vocations), but also to the students and alumni from the Catholic Center. The BU Catholic Center is a family. There is a real sense of joy and awe present in our community--both students, alumni, and ministers--over the many beautiful things that the Lord is doing in our midst. There are many factors, I think, that account for why vocations spring up in various communities. But, the bottom line is that they are always a gratuitous gift from the Lord. If a community follows the Lord, I think that He will bless it with vocations. But, this gift of priestly and religious vocations, is still a pure gift from the Lord. The minute we think that we can manufacture vocations because of our ingenuity is the minute that vocations will dry up in a Catholic community. My experience in parish life and at the BU Catholic Center is that all of us are just standing around and wondering, "How is this possible? Why is God blessing us like this?" None of us feels as though we somehow created this. Instead, all of us are simply grateful that God chooses to work so powerfully in our midst. We--students, alumni, and campus ministry team--all feel a part of this, but not like we caused it. We just feel so grateful that Jesus allows us to be caught up in something like this. We feel like what was happening in the early days of the Church is happening still . . . right in our midst!

When a young person confides in you about their struggles in life and seeks your help, you are pierced. You are pierced by a recognition that nothing you have ever done in your life deserves such a privileged encounter. God has given you something beautiful in this moment.

When you find yourself standing at a bedside offering absolution to a dying man--providing him with the hope of eternal life--you suffer. You recognize that you've been given a power that is completely beyond anything that a man like you should be able to exercise. God has given you something beautiful in this moment.

When you help a couple prepare for marriage or assist at their wedding or help them at a moment of difficulty, you suffer. You realize that God has entrusted into your hands the responsibility of mediating his pastoral love to them. God has given you something beautiful in this moment.

When you look around you and see how Jesus is calling the young men and women whom you serve to "Follow Me," you suffer. You suffer because such awesome love is too much to comprehend! You suffer because God has given you something beautiful in this moment.

As the Boston University Catholic Center begins this new school year, we do so with a certain suffering. This suffering does not come from thinking about all that we've given up. It comes from complete awe at all we've been given. Christ has given us everything. We know that we don't deserve what he's given to us and this knowledge causes us to be wounded in a very beautiful way. We begin this year wounded by a fact: He loves us. This wound is the cause of a joy that our hearts are incapable of containing.

Please Don't Bet Your Souls On Planned Parenthood and Its Politicians 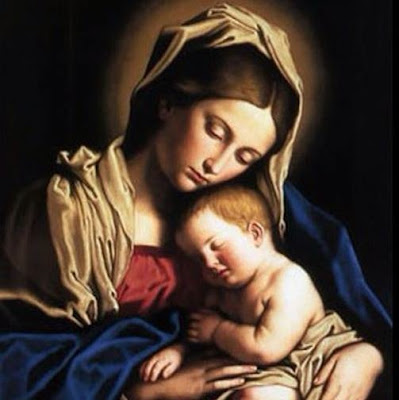 Sometimes when I read the Gospels, I wonder whose side I would have been on when the crowds were calling for the crucifixion of Christ. Would I have been on the side of those condemning Jesus or the side of those following him? Would I have been in the small minority of those who stood near him at the end, or would I have fled to safety and abandoned the Lord? At other times, when I think about significant historical events, I wonder what I would have done. Would I have been as brave as the men who landed at Normandy? Or, when the Nazis were dragging people from their homes to the crematoriums, had I been a priest in Germany, would I have preached in such a way that I would have risked offending the Nazi powers? Would I have risked everything in defense of the defenseless or would I have tried to avoid confrontation, or find a happy medium? Had I been a priest during the Civil Rights Movement, would I have preached on the evils of racism knowing that my congregation might find it upsetting?

There is no way for me or for anyone to know the answers to those questions. Those were not the times in which I lived. My time is now. What matters is what I do today, not what I may have done at some other point in history. When I am summoned before the Throne of Jesus Christ and am asked to give an account for my life, He will not ask me what I would have done. He will ask what I did and didn't do, what I said and what I didn't say.

During the past week, I have been thinking about writing a blog post, but have been uncertain how to phrase it and whether it was too strong. But I received an answer this evening when I offered Mass. Today is the feast day of St. John Vianney, the patron saint of priests. At Mass, I used the optional reading provided for the memorial. Here is what the reading from the Book of the Prophet Ezekiel said:


Over the past several weeks, videos have appeared that have shown, in graphic and horrific detail, the dismemberment of aborted babies. Despite the gruesome and grotesque footage of the films, dozens of US Senators refused to defund Planned Parenthood. Still, in the face of horrific footage, President Obama defends Planned Parenthood, making it clear that there is no depravity possible that will move him or his party's leaders to act against the abortion industry. It is no longer possible for anyone--especially our elected leaders--to pretend that they do not know what is happening. They know. They just choose to participate in it. They are financing--with our tax monies--the dismemberment of the most defenseless persons there are, infants.

The Lord told Ezekiel, "If the righteous ("good") turn from their righteousness and commit iniquity . . . they shall die' . . . and their righteous good deeds that they have done shall not be remembered." There is no scale that says, "Well, this person voted for and supported the destruction of human life on this side, but he also got the economy back into gear and improved the roads." No, if we give ourselves over actively to supporting the abortion industry, we have given ourselves over to supporting evil. If we do nothing, if we turn a blind eye, if we pretend like it's not really our concern, we are supporting an evil.

Are you supporting Planned Parenthood? Are you supporting politicians who refuse to defund Planned Parenthood? Do you contribute to the campaigns of such politicians? Do you help on their campaigns? Do you justify it by saying, "They do other good things?" Remember, what the Lord himself says in the Book of the Prophet Ezekiel: "Their righteous good deeds that they have done shall not be remembered." Are any of us prepared to stand before the Judgment Seat of God and give as our defense as to why we did nothing to stop the dismemberment and destruction of human life, "Well, I liked that politician's foreign policy positions?"

None of us can know the condition of someone's soul. That is the purview of God alone. But, we can know when someone is supporting something that is evil. Politicians who support Planned Parenthood are supporting a particularly grotesque and vile evil. They do not deserve our contributions, our accolades, nor our votes.

For too long, many Catholics have been lulled into a sense of inevitability and politeness. We attend the cocktail parties of these politicians, invite them to our neighborhood gatherings, and have them speak at our Catholic universities. If they supported the KKK, we would not do that. (I hope). If they supported genocide, we would not do that. But, when it comes to the destruction and dismemberment of human beings in the womb, we MAY politely state our "difference of opinion," and then it's "Please have a seat of honor at our banquet."

None of us knows what we would have done 2000 years ago in Jerusalem, 75 years ago in Nazi Germany, or (if we weren't born yet) 55 years ago during the Civil Rights Movement. We don't know what kind of people we would have been. But, we do know what kind of people we are now. There is an unparalleled evil occurring in this land. We are either for that evil or we are against it. There is no "balanced" position. There is no middle ground between good and evil.

If this blogpost sounds strong it's because I really love the people who read my blog.  If you're in danger, I want you to know it clearly. If you're supporting the abortion industry and it's political proponents, you are in danger. The good news is that you can change that. You can change that right now. Change it and you will surely live. Change it and you may not only save the lives of innocent babies in the womb, you may save your own life.  This is serious business. It's as serious as it gets. Don't think that you can throw your lot in with the likes of Planned Parenthood and their political cronies and somehow come out of it okay. Your soul is far too valuable for such a risk.


(If you have had an abortion, please know that the Church loves you and wants you to find healing. Please visit http://hopeafterabortion.com for more information. There is always hope.)
Posted by Fr. David Barnes at Tuesday, August 04, 2015 1 comment: