By His Holy Cross He Redeems and Saves the World 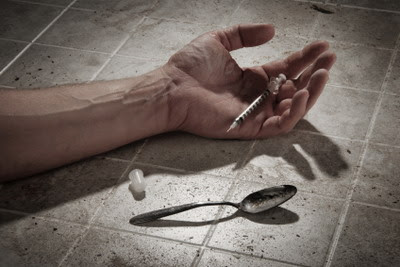 The other day I attended the ordination of two new auxiliary bishops for the Archdiocese of Boston. The ordination was joyful, reverent, and uplifting.  After the ordination, another priest and I got an Uber and were happily doing the liturgical equivalent of the postgame review. It really was a great ordination, a beautiful day, and we were both in a great mood.  And then something caught our attention and our mood quickly changed.

We were passing by a crowded section of the city, busy with traffic. We glanced out the window as we passed by a bustling sidewalk filled with pedestrians, some rushing by and others just standing waiting for the next bus.  The building we were passing had scaffolding on it which meant the people on the sidewalk were behind the bars of the scaffolding. As we passed by, in the midst of all of those people was a young man. My guess is that he was in his early to mid twenties. He was holding an unlit cigarette which he slowly and repeatedly lifted towards his lips without ever making it all the way there. He was holding the cigarette backwards. His eyes were closed and his body kept leaning forward as though he were about to fall. Were it not for the scaffolding, he would likely have fallen out in front of a moving vehicle. He was clearly under the influence of drugs. He was completely unaware of his surroundings. The priest next to me said, "That is so sad. That kid is going to die soon."  The whole event took place in the matter of seconds, although those few seconds felt as though we had gone into slow motion.

I don't know if there's anything I could have done for that young man, but the parable of the Good Samaritan and the priest and the Levite passing by has come to mind repeatedly during the past week! What has most come to mind, however, is that that kid is someone's son. When his mother brought him home from the hospital, I am sure she never imagined that he would grow up to be drugged up out of his mind, standing in the middle of a city, unaware of his surroundings.  I have no doubt that the priest with whom I was riding is right. That young man is going to die soon.

The cathedral in Boston is dedicated to the Holy Cross. It is the place where ordinations take place, where the bishop consecrates the Holy Oils to be used at baptisms, confirmations, ordinations, and in the anointing of the sick. In a sense, it is the place from where all ministry in the Archdiocese of Boston flows. Seeing that young man was a good reminder to me of why the mission of the Church is so vital and necessary. So many people's lives and families are being destroyed by poverty, by violence, by a culture of death, by drugs, by pornography, by hatred, by abortion, by cynicism, by despair, by suicide, by emptiness, by adultery, and the list goes on. The Holy Cross teaches us that sin, death, destruction, and evil are not the final word on our existence. The Holy Cross reminds us that God loves us and sent His only-begotten Son to save us. What saves the world is the Holy Cross.  Some are too weak, too obstinate, too confused, or too afraid to go to the Holy Cross. And so, the Holy Cross comes to them. Jesus sends out His disciples, his priests, his people from the Holy Cross so that they can bring to others the good news of the Gospel. From the Holy Cross Jesus pours out his mercy and love. From the Holy Cross Jesus pours out his saving truth. What flows from Jesus on the Cross comes to us most especially in the sacraments. We who receive the sacraments are to be living witnesses of the love of Christ.

The two experiences--the joy of the ordination and the sorrow of seeing that young man--were not contradictory. They were a good reminder of why the Church exists: The world needs Jesus Christ.