The New Evangelization Is Being Written in Blood, Not in Ink 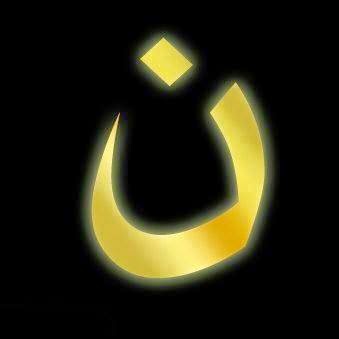 In Sudan, a Catholic pregnant woman was sentenced to death because she refused to renounce her faith.  In Iraq, the ancient city of  Mosul has been overrun by terrorists who have burned Catholic churches, ordered Christians to leave, and have marked the homes and property of Christians with the Arabic image above.  The image depicts an Arabic letter pronounced, "Nun."  It is intended as a derogatory statement about Christians being "Nazarenes."  A city that has been home to Christians for two thousand years now has no Christians left.  They have been murdered or driven out.

If I were writing a New Evangelization program, it would be a series on the martyrs--ancient and contemporary.  The words of the Gospel are written in blood.  They are written in the Blood of Christ and in the blood of the martyrs.  I have long been convinced that the New Evangelization requires a renewed focus on the martyrs.  These witnesses testify in a far more powerful way than any program or structure that we can create.  They offer the witness of a life.  They offer the witness of suffering and blood.  Their witness reveals in what Faith truly consists.  They are willing to risk everything--even the last drop of blood--to cling fast to Christ and His Church.

From the very beginning, evangelization has been accompanied by blood.  There is no more eloquent testimony to the Gospel than the blood of the martyrs.  The New Evangelization ought to emphasize the witness offered and being offered by the martyrs.  There are men, women, and children who today are willing to die for the Gospel.  There are men, women, and children risking their lives to receive the Eucharist.  In the letters of St. Paul, we often hear him mention that he is "suffering chains."  Today there are priests and bishops imprisoned for their Faith.  These chains speak more eloquently than any homily I will ever write.

Focusing upon the glorious witness offered by our suffering brothers and sisters in the Faith would not only stir up an increase in our own Faith, but it would also stir up solidarity among the Christian world.  Our brothers and sisters are being slaughtered.  Their witness ought to move us to come to their aid.  Their witness ought also to move us to step out from the shadows and be willing to defend our Christian Faith when it is threatened by subtle forms of tyranny.

The Catholic Church spends a lot of time and energy these days worrying about its publicity and trying to get media outlets to throw us a bone and write a flattering article about some Catholic thing.  But, perhaps God is teaching us--yet again--that the New Evangelization isn't to be written in ink.  The New Evangelization is being written in blood.  That's where our focus ought to be.