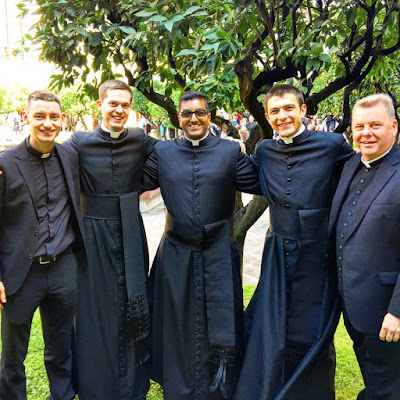 There was a sound that I loved when I was a young high school student considering the possibility of going to the seminary. The parish where I grew up was Sacred Heart in North Quincy, Massachusetts. Unusual for a Catholic parish in the 1980's, our parish had daily Eucharistic Adoration. I, along with many others, would often stop by "Our Lady's Chapel" for a visit during the day. The church was located on a very busy city street.


The chapel had a steady flow of visitors. Whenever a new visitor arrived and opened the heavy wooden door, the sound of the world outside would rush into the quiet of the chapel. For a few seconds, the chapel would be filled with the noise of the traffic and the hustle and bustle of the outside. Then, as the door closed, peace and tranquility would once again flood into the pews and arches. It was amazing how medicinal that split second was when it would go from noise to silence.

In many ways, that experience of praying shaped how I came to understand the Church. It was a place where I could go and figure out life. It was a place free from turmoil, chaos, and confusion. It was a place of refuge. It wasn't an escape, but rather a place where I could taste how life was meant to be. It was a place that allowed me to take all of the disparate aspects of life and unify them. It was a place that prepared me to go back out into the chaos of everyday life and engage it in a new and refreshed manner. What I experienced in that chapel was a peaceful possession of the Faith. As I turn back the pages of the years, I see now that in that side chapel, I was learning to build my house upon the Rock. Yes, winds and rains would come--as they do to every life--but there in the midst of it all, there was something--Someone--who was sure and certain.

That memory of the sound of that door clicking shut came to mind today as I scrolled through social media. We live at a moment when the world and politics are so chaotic and tumultuous. The structures of society are collapsing and so is a sense of unity among Americans. Social media is filed with a never ending bombardment of insults and divisions. Additionally, people's lives (as they always have been) are filled with worries, anxieties, and fears. It would be nice to have a place to find refuge--even for a moment--from the constant noise outside.

And this is where I think the Catholic Church could provide a remedy to a tired and discouraged world. We could be that place of refuge for people, a place where people could come and leave the turmoil and chaos outside for a while. We could be a place where people could encounter something sure and certain. I think people are starving for some tranquility in life. I'm starving for some tranquility in life!

But we are not. Instead, the Catholic Church is herself immersed in chaos and turmoil. Instead of being a place of refuge, the Church herself is engaged in constant interior battles. Honestly, I think it is counter evangelical. People have enough chaos in their life. They are not attracted to a Church that offers more chaos, confusion, and turmoil. Many people--people with family problems, illnesses, emotional difficulties, sorrows, heartaches etc--have enough wind and rain in their life. They are seeking a place that reminds them that there is way to build upon rock.

Over the past two weeks, I've had some beautiful moments of the Church being what it was made to be. Last weekend, the Catholic Center at Boston University had its Fall Retreat. In the midst of the stress and chaos of college life, students took time to go be together, to pray, to receive the Sacraments, and to listen to God's Word. They took time to build their life on the Rock. The day after retreat, I flew to Rome for the diaconal ordination of a recent Catholic Center alumnus. Over the past fifteen years or so, ten or so guys from BU's Catholic Center have entered seminary or been ordained. Currently, there are several BU guys in the seminary, some of whom are in the photos below. I share these photos as a reminder that even though there is a lot of turmoil, angst, and infighting swirling about these days, the Church can still be a place of refuge, a place where people can build a life on something sure and certain. I think that one of the best methods of evangelizing the current culture is to provide to people something that they cannot find elsewhere--stability, surety, safety, and certainty.

I hope that when you look at these photos, you might have that experience that I had when the chapel door would close. The chaos of life didn't disappear, but it would be put in its proper context. I am grateful that I live among a people who provide to me a place of refuge from the chaos, a place to build my life upon Jesus Christ, who is the same yesterday, today, and forever. 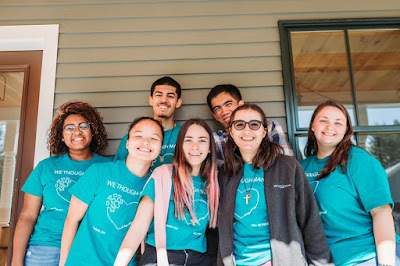 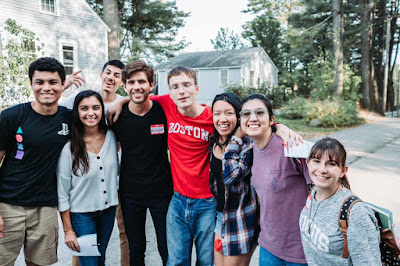 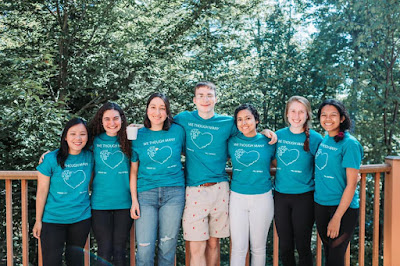 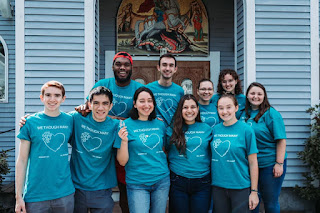 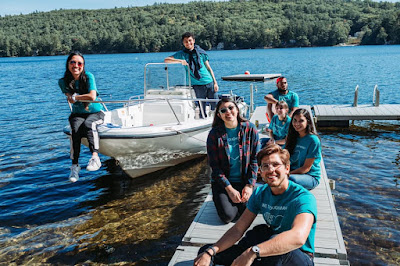 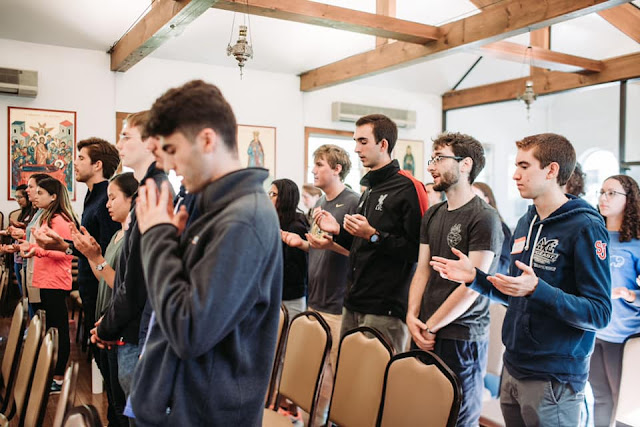 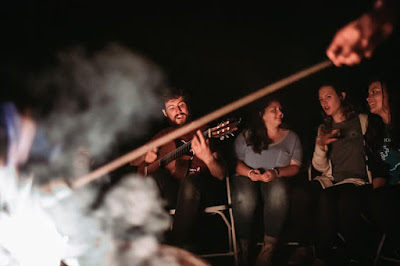 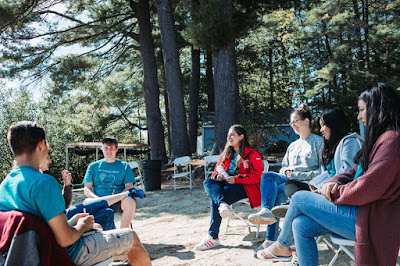 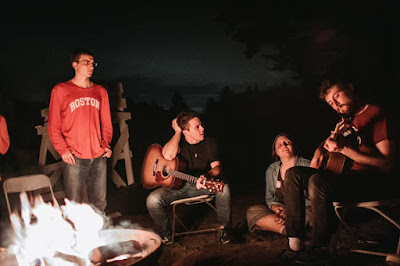 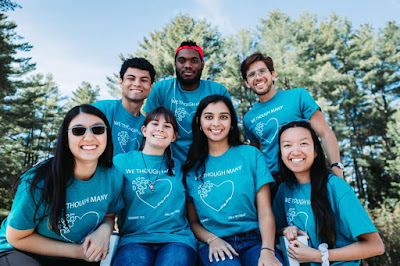 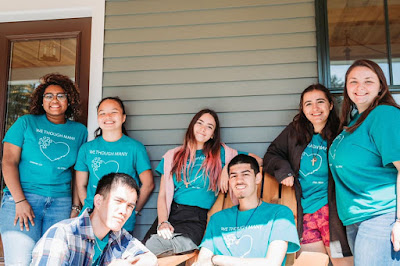 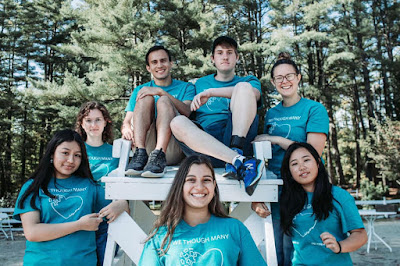 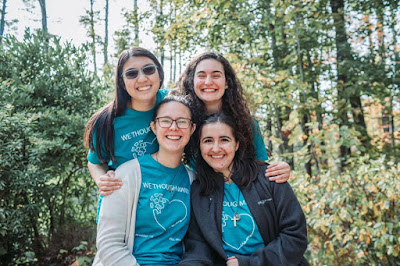 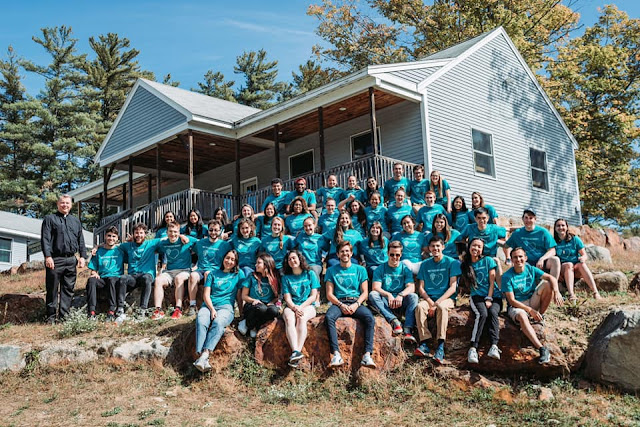