Seminarians Amid the War 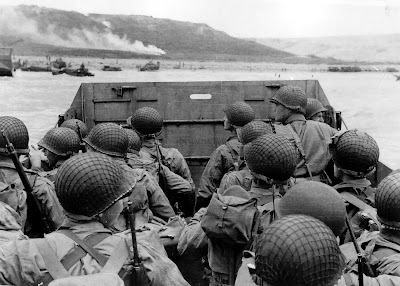 Today I attended a Mass of the Holy Spirit for the opening of the new year at St. John's Seminary in Boston. Like most priests, I pretty much think that I know everything, so I definitely have strong opinions about certain things that I think should change at the seminary. But I want to tell you what I saw today as I looked around the seminary's beautiful chapel.

I saw seminarians whom I have come to know over the years. Some I know only by sight. Others, I know because they've come to do pastoral work at the BU Catholic Center where I am the chaplain. Some I know through my work as a spiritual director. Some I know because I assisted them as they decided to enter the seminary. I looked around and saw good, strong, holy men. Men who showed up to seminary today in the midst of the worst crisis to ever hit the Catholic Church in the United States. Men who showed up today in the midst of an inquiry into their seminary that many of them consider to be based upon unjust, untrue, unfounded, or exaggerated accusations. Men who showed up despite their families and friends reading all manner of horrible things about the Church. They showed up because they know what their life there is all about. They showed up because they are not cowards. They showed up because they are men who want to lay down their life for Jesus and for the people of the Church. These are men who love the Lord and who love the Church. They are joyful men. They are serious men. They are good men. Can I speak for every seminarian? No, I can't. And, chances are that some of them have a lot of maturing to do. I know when I entered the seminary, I had a lot of maturing to do. When I looked around, I was moved by their goodness, their strength, and their desire to serve. They showed up.

I saw priests whom I know and admire who serve on the faculty. Do I know all of the faculty members well? No, but I know some of them well. Are they perfect? No, they are not, (they'd be the first to admit that). But they are good men who are dedicated to the Church. They are humble and charitable men. They are men of solid doctrine who are generous shepherds. I think of one priest there who, in addition to all of his responsibilities at the seminary, always finds time regularly to say Masses at prison, to say early morning Mass each week for the Missionaries of Charity, and who is always generous in helping out parish priests. I saw new members of the faculty who are serious and joyful priests who are going to be great mentors to seminarians.

I just want people out there to know that in the midst of so much turmoil, vitriol, and scandal in the Church, scores of young men are still filled with the joy of the Gospel. They see how awful things are and yet, they are stepping into the breach and laying down their lives for Jesus. They are striving for holiness, striving for greatness, striving to be shepherds after the heart of Christ. Not knowing exactly what is ahead of them, they nonetheless are acting in Faith. They are charging into the battle because they are men of love and of character. They are disgusted by what they read, by what others have done etc, but they are not surrendering. They are on fire for Christ.

It's true. The battlefield today is gruesome and shocking. It's easy to understand why some would choose to withdraw from the fight, especially when it appears that so many of the officers have failed. All the more impressive then is the willingness of these young men to charge ahead into the fray. They are not seeking prestige or power. They are not seeking accolades or honors. They are men  who, like their Lord, are ready to lay down their life for their friends. They are seeking a place near the Lord.

I envy these men. At a time when lesser men would flee the field of battle and seek comfort, they march forward under the banner of the Cross. Amid the clouds and chaos of conflict, they cannot see now how it ends, nor may they see it for many years to come. If, however, they remain faithful, how glorious indeed will be their victory.