The Joy of the Gospel is the New Evangelization: Go and Do Likewise 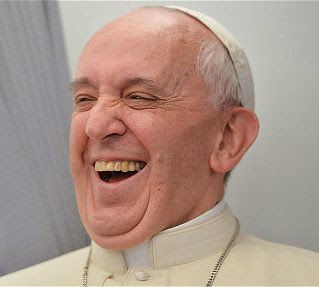 This past week, Pope Francis issued an exhortation entitled, "The Joy of the Gospel." While he calls the entire Church to a renewed sense of mission and evangelization, Pope Francis' call is not something he invented.  It is as old as the Gospel itself.  In fact, Pope Francis is calling all of us to return to the primacy of the encounter with Christ.

In the hours and days following the release of his exhortation, any number of commentators have attempted to put Pope Francis in their camp.  He is against abortion, so he's a conservative.  He criticizes economic systems that exploit the poor, so he's a liberal.  While secular commentators perhaps need some category in which to place Pope Francis, for Catholics to engage in this useless pursuit only diverts us from the path where Pope Francis is leading us.  And where is he leading us?

Pope Francis recalls that the apostles never forgot the moment when they encountered Christ.  "It was around four in the afternoon" when John and Andrew met the Lord.  It was this personal encounter with Christ that changed the lives of those two men.  It was this encounter that caused them to stay with Christ and to follow Him.  This is the method of the Christian life.  It is not an invention of Pope Francis.  Pope Francis is simply calling us to rediscover the original method.

Sometimes, we get sidetracked by those who are antagonistic toward the Church.  Instead of the conversation being about Jesus Christ, the media (with our cooperation) makes the whole story of the Church some controversial comments made by a pope, a bishop, a priest, a nun, or a layperson.  For days, everything swirls around that one statement and this becomes the face of the Church.  Sometimes, we do it to ourselves.  Instead of focusing upon the encounter with Christ and making this our primary message, we turn programs, structures, and plans into our entire message.  We try to get people excited about our latest church project or plan, but we leave Christ aside.  Had Andrew and John encountered a program or a plan that day, they may have been interested for a while, but it would not have filled their hearts with an abiding joy.  The only plans and programs worth pursuing are those that facilitate a personal encounter with Jesus Christ.

Those of us who are clergy and pastoral workers are particularly susceptible to an "idolatry of programs."  This happens when we allow our programs and plans to become the defining characteristic of our parishes, institutions, and dioceses.  Instead of facilitating an encounter with Christ, they can become obstacles to the encounter.  All of our efforts and energies are expended on stirring up excitement for various programs and plans and we set Christ aside for another day.  Or, we convince ourselves that once our programs are in place, then we can focus on Christ.  But, we never get there.  Soon enough, sustaining our programs, plans, and structures becomes our primary task.

Gazing upon Christ and listening to His Word.  Remembering and proclaiming the joyful news of the Gospel.  Loving and serving the poor.  This is Francis' proposal.  Within this simple formula there is also an inherent challenge: we must divest ourselves of whatever stands in the way.  Each of us--in our persons and in our institutions--must be willing to sacrifice whatever idols we have established that hinder others from encountering the tender gaze of Christ.

"The Joy of the Gospel" offers no small opportunity for an examination of conscience on the part of all of us.  I suspect that no honest person could read it and not find within its pages a dozen personal challenges from the pope.  Francis has a beautiful way of challenging us not in some argumentative or combative way, but of holding out to us the opportunity for something better.  Why is Francis so attractive to us?  Perhaps it is because he is a man who has encountered the gaze of Christ, who daily lives the memory of this encounter, who shares the joy of this encounter, and who loves the poor.  Additionally, he is a man who is willing to divest himself of everything that he thinks may hinder others from encountering the gaze of Christ.  We all like these things about Francis and we find them attractive.  Go and do likewise.