The Unclean Spirit and the Dictatorship of Secularism 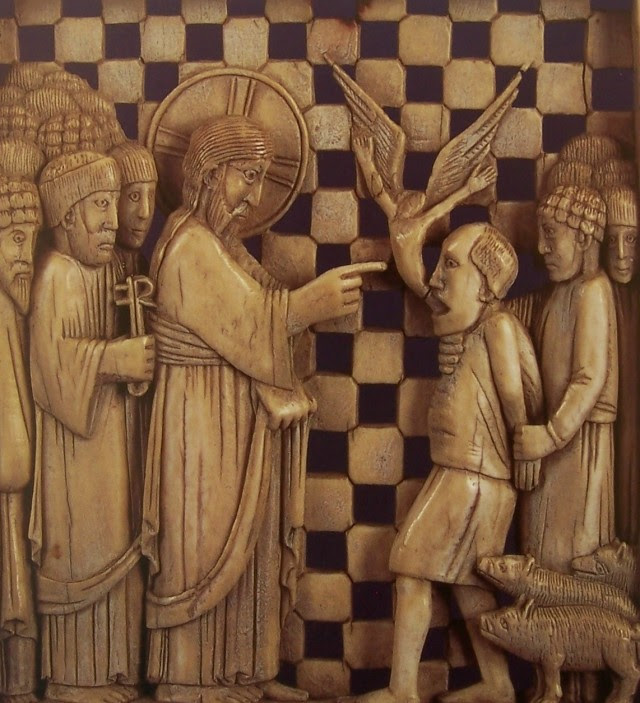 I have taken a liking to the additional options for the dismissal at Mass.  One of those options says, "Go and announce the Gospel of the Lord."  In this imperative, the priest reminds the people that what they have received within the walls of the church must be brought "ad extra;" outside to the world.  The good news is that Jesus Christ brings freedom and joy.  He brings new life.  This is indeed good news and we are compelled to announce it to the world.

One of the great blessings of being citizens of the United States is that such freedom to announce the Gospel and to live the gospel is enshrined within our Bill of Rights.  In some countries, it is illegal to be a Christian.  And, in some places even though it is legal, there are severe restrictions upon how one is permitted to practice his or her faith.  A citizen of the United States of America, however, cannot be hindered by the government from following his or her conscience and living their faith outside of the walls of the church building.  Well, at least that was true.  But now, the noose is being tightened and Catholics are being told to exercise their faith inside the building.  Don't try, however, to "Go and announce the Gospel of the Lord" outside of the your designated property.

The Obama Administration, has opened a series of fronts against religious freedom.  A few weeks ago, high ranking officials in the Administration overruled their own staff people in refusing to award a federal grant to Catholic Charities to assist victims of human trafficking.  The grounds for denying the grant is Catholic Charities' refusal to provide abortion services to those individuals.  So, despite receiving the recommendation of all of those reviewing the applicants, Catholic Charities was punished for being pro-life.  See, it is okay for Catholic Charities to be pro-life inside the church building.  But, don't you dare act that way in public.

Last week, the Department of Health and Human Services--cynically headed by Kathleen Sebelius, a pro-abortion--self-identified Catholic--mandated that Catholics must violate their consciences with regards to healthcare.  Catholic organizations will not be exempted from having to provide abortifacient drugs, sterilization, and contraception in their healthcare plans.  And Catholics will be forced to pay for these things as part of their plans.  The government is thus mandating that Catholics violate their consciences.  Again, it's fine for you to have your religious beliefs.  Just don't expect to live them in public.

In today's Gospel, Jesus goes into the synagogue and he teaches the truth with authority.  Immediately, a man possessed by an unclean spirit starts crying out that Jesus has come to destroy them.  It seems that whenever the Gospel is preached, this unclean spirit cries out.  The argument levelled against Catholic teaching on so many matters is that it will destroy one's freedom.  Some examples:

The Church teaches that every human life is sacred.  Whenever this teaching is proclaimed, the immediate reply is: "Such teachings will destroy my right to choose" or, "Such teaching will destroy my authority over my body."  What is the reality?  I have met so many people in my life whose lives have been truly destroyed by the killing of an innocent child in the womb.  Yes, the life of the child has been destroyed, but so have the lives of those who were involved.  Decades later, the mother is still haunted by the realization that the life which she had the greatest obligation to protect was taken at her command.  Abortion destroys.  The Gospel of Life saves people from such destruction.

The Church teaches that marriage is a permanent union between one man and one woman.  The immediate objection is that such demands impinge upon a person's freedom.  What is the reality?  Are children, families, and society as a whole better because of promiscuity, adultery, and divorce?  What the Church proposes doesn't destroy families.  It saves them.

Wherever Jesus and the truth that he brings is proclaimed, the Evil One accuses him of bringing destruction.  But, Jesus doesn't destroy humanity.  He saves it.  That man in today's gospel had been tormented by the unclean spirit.  It was when he encountered Christ that he became truly free.

As Catholics, we should not buckle under the pressure of the secular society to stay within our church walls with our faith.  We are called to bear witness to the freedom that Christ has given us.  We are called to exercise our faith in the public square.  We are called actively to resist any and all attempts by those who attempt to silence the Church and who attempt to impose upon us unjust restraints.  We are called to defend our religious freedom.  It is the unclean spirit of secularism that attempts to link the Gospel with what destroys.  This is a diversionary tactic.  As Pope John Paul II once said, "Whoever builds a world without God, ends up building a world against man."

There is an assault taking place upon our religious freedom.  It is intended to silence the voice of the Gospel.  There are undoubtedly those Catholics who are ready to surrender on yet another issue of critical importance.  Caving in never causes the unclean spirit to be cast out. The approach of capitulation and accommodation is what has brought us to where we are today.

No, we must do as the dismissal of Mass commands: Go and announce the Gospel of the Lord.  Today's gospel showed that Jesus teaches with authority, casts out evil, and saves man's freedom.  And the gospel concluded by saying of Jesus, "His fame spread everywhere."  St. Paul often wrote "in chains," but the Word of God cannot be chained.  We need to be a Church that proclaims the Gospel boldly whether we are chained by unjust discrimination or not.  We mustn't allow the Word to be chained.  May someday people say of us, "Because of them, His fame spread everywhere."
Posted by Fr. David Barnes at Sunday, January 29, 2012