Young Priests, the Double Standard, and Being Men of Obedience 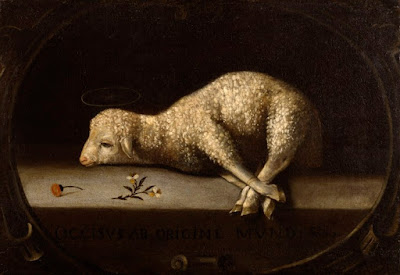 It's not an unusual occurrence for younger priests to become frustrated by what appears to them to be a double standard. It seems to them that more orthodox priests who make some sort of pastoral misstep are sometimes quickly corrected, while priests who actively undermine Catholic teaching and ecclesial communion often seem to be feared by those in authority or coddled by them.  It can give younger priests the feeling that nobody has their back.

There is no doubt that this appearance of a double standard undermines the morale of many, especially young priests.  It creates within them a sense of fear that if they make one mistake, the hammer is going to drop on them or that they are going to be forever dismissed as crazy or as a problem. It causes them sometimes to be angry at those in authority. This anger is exacerbated when they see other priests, who undermine the Church at every turn, go merrily along their way, sowing doubt and division.

The fact that a bishop (or his representatives) can speak to some priests with ease, offer them criticism, advice, and counsel and can even change their assignment without an all out war breaking out, is a testimony to that priest. It says that he is a man of the Church. He is a man who is obedient. It says that he is a man who can listen, who can humble himself, and who can live his promise of respect and obedience to the bishop. It can appear like he is being singled out while priests who really harm the Church are rewarded for their bad behavior. The priest, however, who receives criticism, instruction, guidance, and even a change of assignment well is a far more trustworthy co-worker of the bishop than the priest who plays games and who establishes himself as "untouchable."

The priest who "gets away with it" isn't winning anything. It's actually a very sad reality. He not only is destroying himself, but he is destroying others in the process. His disobedience and his anger towards the Church and her doctrines is destructive to himself and to the flock. Young priests should never allow this kind of bad example to discourage them or to demoralize them.

On the other hand, take the example of some other priests who may have had difficulties along the way. Maybe one has a liturgical style that could benefit from some fatherly counsel. Maybe another needs guidance in his approach to preaching. Maybe another needs to learn more prudence. Maybe one has his assignment changed abruptly. (And, to be fair, maybe sometimes the priest's instincts are correct and those who are above him are incorrect in their judgment). No matter, if he is joyfully obedient, in the end, it is he who benefits. In the end, it is the Church who benefits because he becomes more a priest after the heart of Jesus Christ, who was obedient unto death on a Cross.

The rebellious priest who seemingly gets away with it--the priest who delights in undermining the teachings of the Church and who becomes giddy when he turns people against the bishop, the diocese, and the Magisterium-- is not to be envied, but pitied. It shouldn't discourage the young priest, but rather should serve as a warning to him. Every priest is in danger of the same thing. It happens through self-will, egoism, and envy. Everyone of us is capable of becoming like that, whether we are liberal, conservative, charismatic, Tridentine, or bureaucratic. We can all become the guy who thinks that I alone am the one who can save the Church from all that is wrong within it. We are all at risk of becoming what we disdain.

One might look at things and think, "the young conservative guys always get punished." I think instead they should see it as a badge of honor. The very fact that those in authority feel easy about approaching a priest, correcting him, and asking for his obedience means that he is on the right path. Yes, he (like all of us) may make mistakes, say the wrong thing, do the wrong thing etc, but he is not obstinate. And, sometimes he may even be unjustly called out. That will sting. It may even tempt him to harden his heart. This, however,  is a moment of grace. In the end, if his obedience and  humility win out, it will be fruitful for the Church. He will be preserved from becoming a priest who is set against his bishop and against the Magisterium.

By all of this, I do not mean that the priest should constantly be thinking of himself as some sort of martyr. What I mean is that whether he is wrong about a particular thing or right about a particular thing (and it could be either), the very fact that those in authority over him can come to him and ask for his obedience is a very good sign. It's the way things are supposed to be.

There might well be a double standard, but the double standard may actually work in the favor of those who are obedient, humble, and faithful. In one instance, the bishop (or his representatives) are able to approach the priest as a father and as brothers. This is how it ought to be. Their ability to come to that priest says that they actually trust him. The alternative is to become a priest who is left on his own to do and say whatever he wants.

The double standard might not really be as much about the people who have authority as it is about the priest with whom they are dealing. With one, they can presume good will, humility, fraternal charity, and obedience. With the other, they might not be able to presume those things. One reason that obedient priests might be "handled" more quickly than the disobedient priest is because of the obedient priest's willingness to cooperate. He may (or may not) have made some misjudgment, but he is willing to hear and to work with those in authority. While those resolutions can sometimes appear to be a punishment, that is not always--or even usually--the case. Unless something is manifestly unjust, it is better to err on the side of presuming that a decision was made in fraternal love. Priests and bishops have to be able to trust one another and to love one another. Are bad decisions sometimes made for the sake of expediency or to avoid bad public relations? Probably, and that is a big mistake. But more often than not, I think bishops and priests are acting with fraternal love for their brothers.

The double standard that is often perceived by young priests and seminarians is that disobedience is rewarded while fidelity is punished. It's good to remember that leaving someone in disobedience is not actually a reward. It's a punishment. It's a rather harsh punishment. And, while suffering because of obedience is indeed painful (especially if those in authority are making a poor decision), it can become a moment to deepen ecclesial communion and to become more conformed to Jesus Christ.

Obedience can till the soil of our hearts, making them more receptive to grace, more able to love, more trusting in Divine Providence, and more united to the Church and to the bishop. Disobedience sets us at odds with the bishop, with our brother priests, and with the whole communion of the Church. Obedience, on the other hand, when it is lived with joyful humility deepens our love for the bishop, our brother priests, and the whole communion of the Church. The obedient priest is the true friend to his bishop and to his brothers in the presbyterate.

So, if you are a young priest (or a not so young priest) who sometimes gets discouraged or confused by what appears to be a double standard, don't be. Instead, become a priest who becomes more joyfully and lovingly obedient to the bishop and to the Truth. Obedience can be difficult sometimes, but it ultimately makes us joyful and makes us better, and more charitable shepherds. Disobedience, on the other hand, ultimately makes us self-reliant, egotistical, angry, and isolated. If you have to pick which side of the double standard you want to be on, go with obedience!

Email ThisBlogThis!Share to TwitterShare to FacebookShare to Pinterest
Labels: Priesthood