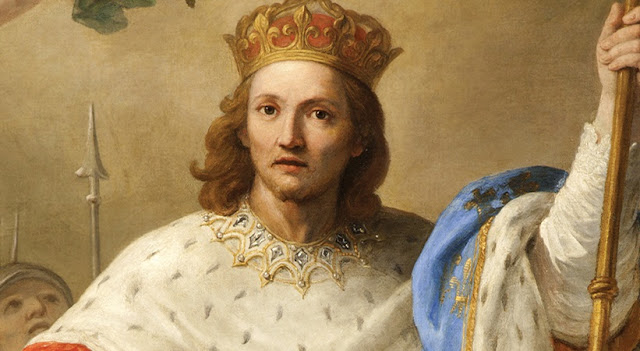 I had the Mass today at St. John's Seminary. This was the homily.

In the early 1990’s, a weekly comedy appeared on British television. The protagonist was a middle-class woman, from a middle-class town, who lived in a middle-class home, and was married to an average, hum-drum middle-class guy. Her name was Hyacinth Bucket. Or, as she would be quick to correct anyone who said that, “It is pronounced bouquet.”

The entire show revolved around Hyacinth Bouquet’s delusions of grandeur. She liked to think of herself as part of the British aristocracy, and each episode turned hysterically funny as her delusions of grandeur collided with the reality of who she really was. The name of the show was, “Keeping up Appearances.” One thing was clear from the show . . . keeping up appearances is a lot more exhausting than simply living in reality.

Today—on the 750th anniversary of his death--the Church honors and seeks the intercession of a man who during his earthly life likely did not find the English particularly funny. He was also not at all concerned with keeping up appearances. He was, in fact, real royalty, but not at all consumed by the outward trappings of power. St. Louis IX was consumed with becoming a saint. He earnestly and ardently desired true holiness. He did not care how others saw him. He cared how God saw him. St. Louis did not spend his life keeping up appearances. He spent every moment of his life keeping firm in the life of grace. His biographers tell us that hidden from others, he spent long hours in prayer, fasting, and penance.

Yesterday, we heard Jesus praise Nathaniel for being without guile. Today, we hear him rebuke those who are hypocrites. Sometimes we can all feel as though we are hypocrites because we say we believe one thing, but we do something completely different. Contrary to popular belief, however, that is not hypocrisy. It’s sin (and sin is bad), but it’s not hypocrisy. Hypocrisy is when we merely try to look good without actually making any effort to be good. It is about giving the appearance of goodness, but without possessing it. It is an offense against truth because it is a form of deception. It’s about making the outside of the cup look pure, but not caring one way or another about the purity of the inside.

All of us struggle with various temptations, sins, and faults. We should humbly and honestly acknowledge them and seek pardon from the Lord. If we don’t attend to our sins, failings, and faults, and are not honest about them, they can overwhelm us and discourage us. Then, we are left merely focusing on keeping up the appearances of goodness and holiness.

The Pharisees and the scribes were consumed with the outward appearances of ritual purity, but their hearts were seemingly impure. They acted not from love of God, but from love of self. A pure heart is one that is directed toward God. The hypocritical heart is trapped in a world of self-love.

In contrast to the Pharisees and the scribes, St. Louis was a man who was pure in heart. He sought to do God’s will in all things. He saw his entire life in terms of his call to sanctity. He saw his kingship as a way of serving God.

We shouldn’t worry so much about how we appear to others. Man sees the appearance, but God sees the heart. And all of the things in our heart that we try to cover over by keeping up appearances ... those are the parts of us that God wants us to open up to him so that we can experience His healing love. The absurdity of keeping up appearances made for great British comedy, but it makes for a tragic and sad spiritual life.

In a few moments, the Lord of Heaven and Earth, the Majestic King, the Victor over sin and death, the Eternal Son of the Father—He who is true God from true God, begotten not made—He who is consubstantial with the Father—He through whom all things were made—He is going to appear to us. He will not appear to us in all of His Risen Glory. Instead, he will come to us under the humble appearance of bread and wine.

At the very end of King Louis IX’s earthly life, he got up from his death bed and humbly knelt to receive the Eucharist. He knew that his earthly realm and crown meant nothing compared to the eternal crown prepared for him in the realms –of glory. He was purein heart. And purity of heart helpsus to see things as they are. He saw the one who appeared as a suffering servant and who wore a Crown of Thorns, and professed him to be King of Kings and Lord of Lords. He saw beyond the appearances of bread and wine to the reality of the Body and Blood of Christ.

We should take great solace that today St. Louis intercedes for us. May his prayers and our worthy reception of that same Holy Eucharist keep us free from the snares of hypocrisy and from the futile and exhausting keeping up of appearances, and make us increasingly men who are pure of heart. Blessed are the pure of heart, for--like St.  Louis--will indeed see God. 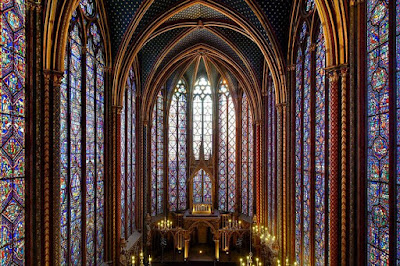